Bensalem Education Foundation » Meet the Board 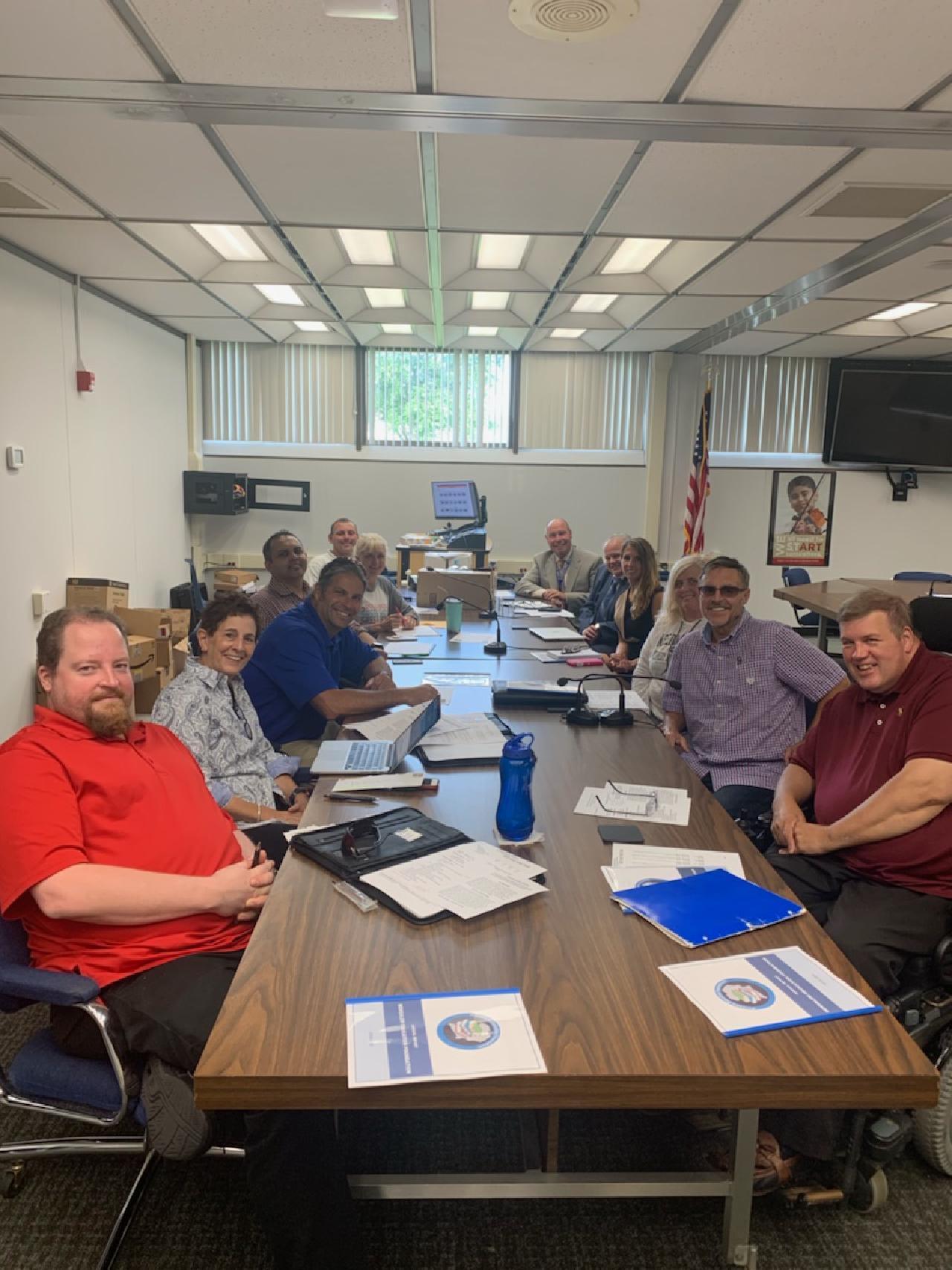 Bill Lewis has been an active volunteer with the Bensalem Township School District for many years.  He is married with two children who are both graduates of Bensalem High School.  Bill is a graduate of Bucks County Community College and The Pennsylvania State University. Bill brings a wealth of marketing and sales experience to the BEF Board after working in the field for over 25 years.

CJ Mills is a lifelong resident of Bensalem who graduated from BHS in 1993 and currently lives in the district.  His two children will eventually graduate from Bensalem High School, as well. He has taught in the district since 1999, and spent ten years as the high school swim coach.  CJ currently teaches Media Communications at the high school and is the Executive Producer of Owls Television Network.

Kevin McKay is a former member of the Bensalem School Board and a systems engineer with the Boeing Company. He lives with his wife, Virginia, in the Cornwells section of Bensalem. Kevin graduated with his Bachelor's Degree in Electrical and Computer Engineering and a Master's Degree in Electrical Engineering and Engineering Management from Drexel University. Kevin also has a Master's of Business Administration and a Law Degree from Temple University. He is currently the coach of the Bensalem High School FIRST Robotics team.

Marc Cohen is a graduate of Temple University in 1983 where his major was Business Administration. He is one of the founding members of the Bensalem Education Foundation. In 2015 he was elected to the Bensalem Township School Board and in 2019 he was re-elected for a second term. Marc serves on many non profit boards in the Philadelphia area including the Bensalem Rotary Club where he served as President from 2016 to 2018. His passion is tennis and he is currently the President of the Delaware Valley Tennis Club.

Jessica Ody is an English teacher at Bensalem High School with a long history in Bensalem schools. A graduate of 2003, Jess is the daughter of two Bensalem educators and her daughter is currently a Struble Superstar. She holds a Bachelor of Science degree from Temple University, Master of Arts degrees from the University of Scranton and Holy Family University, and a micro certification as a Franklin Institute Master Educator. Jess currently teaches literature and journalism. She is the Yearbook Advisor, a Game Manager for the Athletic Department, a member of the Hall of Fame Committee, and is currently serving as the chair of the Distinguished Alumni Committee.

Lou Cacchio has been a teacher since 2005 and has held positions at both the secondary and primary levels. He currently teachers computers K-6 at Faust and Rush Elementary. Cacchio also is the K-8 technology Curriculum Coordinator for the district. In 2019, he joined the Bensalem Education Foundation as a member. Cacchio resides in Bensalem with his wife and two daughters.

Stacey Champion is a life-long Bensalem resident. While Stacey did not attend Bensalem District schools, her family has been active graduates of Bensalem from 1951 through now. She is a graduate of Nazareth Academy High School and La Salle University with a Bachelor of Art in Business Administration majoring in Accounting. She has worked for the 3 of the world’s largest banks in their broker dealer divisions for the majority of her career as a Controller. She believes in the importance of public education and is honored to be part of the Bensalem Education Foundation to assist all children reach their potential. Besides her volunteer position here, she is also a member of Bensalem Township Council. She was a prior St Ephrem Home and School member.

Fred Harran, Board Member
Fred Harran, has been in law enforcement for twenty-eight years with the Bensalem Township Police Department and is currently the Director of Public Safety. Fred has a Bachelor’s Degree in Political Science and a Master's Degree from St. Joseph's University in Criminal Justice Administration. He also graduated from Northwestern University School of Police Staff and Command.  He has a daughter who is currently attending college.
Jennifer Gebhardt, Board Member
Jennifer Gebhardt leads Republic Bank's Bensalem Store and is responsible for growth and expansion within the local community. Jennifer has spent over 18 years in the finance and banking industry, specializing in Not-for-profit banking. Jennifer belongs to the Bensalem Rotary, Building a Better Bensalem and  has served as the Secretary of the Bensalem Business Association for the past 4 years.  Jennifer is passionate about supporting local businesses, volunteering at community events and empowering children through financial literacy.
Stacy Kutner, Board Member

Val Ridge is a lifelong resident of Bensalem. She graduated from Bensalem High School in 1984 and was a three sport athlete. Val attended Philadelphia University (formally Philadelphia College of Textile and Science) where she earned a Bachelor of Science in Administration. She served many years as a Bensalem Township Police Officer as the School Resource Officer. Val held the position of Athletic Director for six years and is currently the Bensalem School District Safety Security Coordinator.