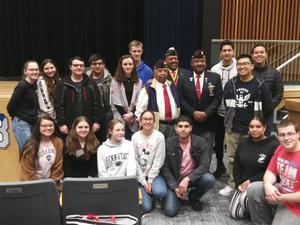 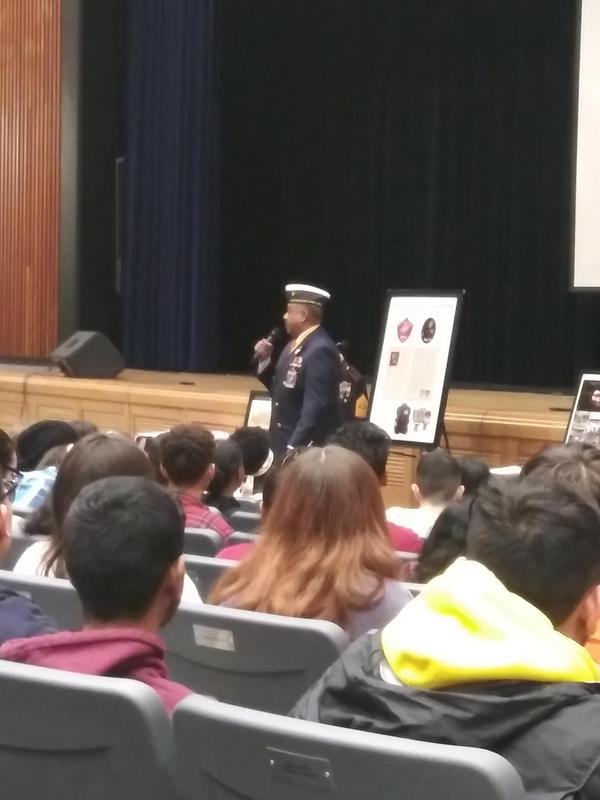 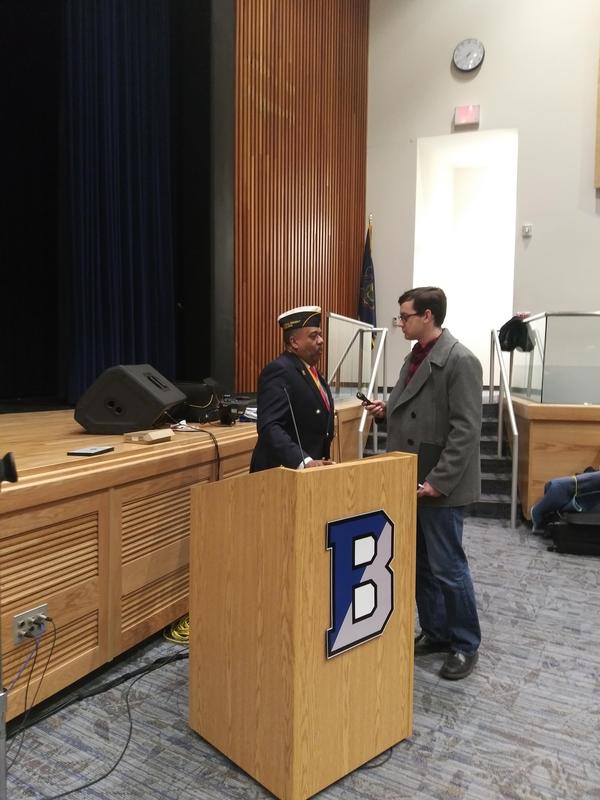 The Montford Point Marines are the first African-Americans to enlist in the U.S. Marine Corps after President Franklin Roosevelt issued an Executive Order establishing the Fair Employment Practices Commission in June 1941.  The recruits trained at Camp Montford Point in Jacksonville, NC from August 26, 1942 until the camp was decommissioned on September 9, 1949.

Master Gunnery Sergeant Geeter, a Marine who served for 35 years in the 1970s to 1990s gave a presentation about the Montford Point Marines and then Sergeant Wilcox and Corporal Young took  questions from the 300 or so students in the audience.  The students were actively engaged and asked great questions!